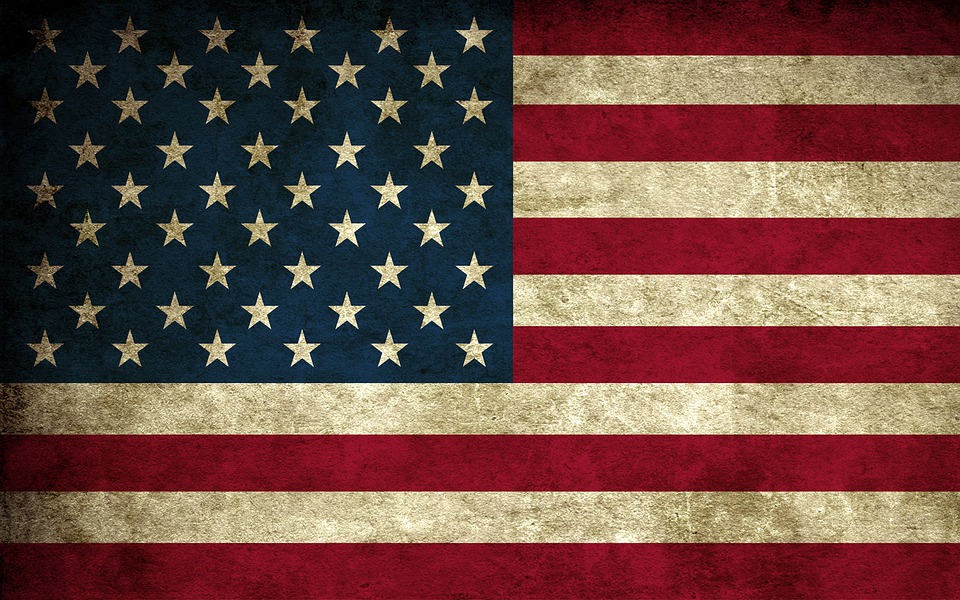 Why is TRUMPery all around us: fake news fever, how to fight it, and whom to blame?

There’s nothing you can’t write about now that people won’t believe.

We live in the world where we get news nonstop. But is it actually the news we get? How can we be sure some piece of information is true while the Web provides everybody with an opportunity to be a reporter, political analyst, pro blogger, photographer, or an ‘expert’ in any other field. Several studies have shown that 62% of Americans get the news from social media such as Facebook or Twitter.

These platforms allow anybody to create fake news groups and pages almost indistinguishable from the real news outlets. The scheme is quite simple: fake-news makers build websites that imitate corporate styles, colours, and fonts of mainstream media, such as The New York Times or The Huffington Post, and fill them with loads of juicy content. Then, for example, Facebook’s algorithm recommends such news to the followers/readers of the said popular media. These articles are a pure clickbait, so the enticing headlines make 99% of their success, therefore they must be shocking, sensational or just hilariously improbable - something like this one: “BREAKING: Supreme Court To Nullify The Election… They Are Actually Doing It”.

When you open such posts, they may look like the trustworthy newspaper articles, but in fact, they can be full of misinterpretation, farce, straightforward lies, or propaganda. This kind of writing has nothing to do with journalism at its best, as the real journalists adhere to higher professional standards and ethics. They are obliged to:

Fake media have no such responsibility (and obviously no ethics): their only aim is to get more attention converted into clicks, likes, shares, etc, which means earning more money from ads, or more success in spreading some misbelieves. Most of the mainstream media cannot play by the same rules, and thus can never compete with the hoaxers that have no legal responsibility over the information they spread, but they had to adapt to not so fair algorithms of social media promotion in fear of losing their audience.

According to The Pew Research Center, traditional journalism as we knew it before goes through a dramatic change: the digital era created new challenges for people of this profession, such as widespread of nontraditional outlets and digital-only media, increasing number of amateour/private reporters, and state officials producing their own newsfeeds. In this context, the existence of fake news puts us in a dangerous position where we can't simply rely on everything we see on the web, no matter how real it may look.

So what is the new meaning of TRUMPery?

2016 US election became a turning point that showed us how deep the pitfalls of the fake media influence can be. The fake news industry turned a group of ordinary Macedonian teenagers into prosperous businessmen - they organized a very successful fake media campaign to spread pro-Trump (and anti-Clinton) clickbait-type stories. Many of these baseless ‘news’ went viral on social media, brought traffic to certain domains, and generated thousands of US dollars in return. Well done guys! 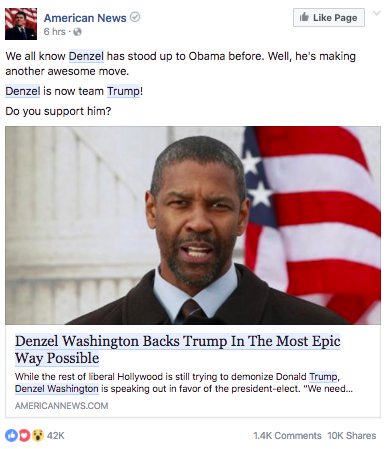 That might sound shocking, but those teens had no political interest or dividend from it. The only reason for them was good old money, while Trump supporters were a convenient marketing group to target. As one of the most successful hoaxers from Macedonia stated in his interview for NBC: ‘Nothing can beat Trump's supporters when it comes to social media engagement, so that's why we stick with Trump’. The story of those kids was just one of a few that came to the surface, but the fake news market is pretty much saturated with other players.

Spreading false news is not against the law in many countries, so there is a lack of instruments to beat such fakers in the legal field. However, we have grounds to say that fake news articles are not that harmless, as they might have influenced the results of US presidential elections in 2016 - the Facebook user engagement rate (i.e reactions and shares) on the false election stories has totally outnumbered the engagement on the real news (8.7 M against 7.3 M of total likes and shares).

The opinions divided: Paul Horner, the Facebook news hoaxer, strongly believes false news could affect the results: ‘Nobody fact-checks anything anymore — I mean, that’s how Trump got elected. (…) It’s real scary. I’ve never seen anything like it’, and at the same time Mark Zuckerberg sees no reason to overestimate the fake news effect: ‘Personally I think the idea that fake news on Facebook, which is a very small amount of the content, influenced the election in any way — I think is a pretty crazy idea. Voters make decisions based on their lived experience’. 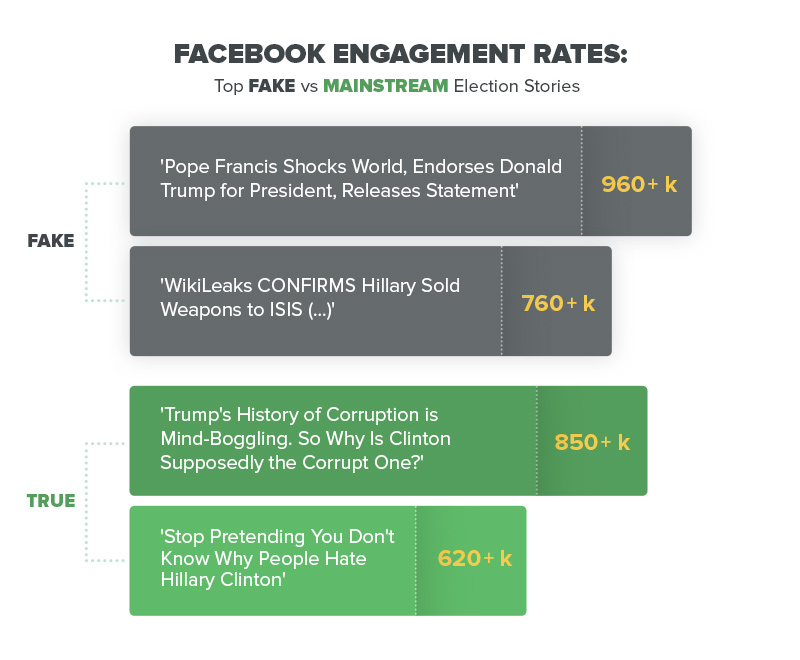 It is not enough just to spot fake news to avoid being mislead by the media. In the USA six big corporations own MSM (main stream media), such as CBS, NBC, FOX news, etc, so most of the media are not neutral to a certain extent, leaning either to a conservative, liberal, or leftist position. It is normal for news outlets to have different opinions but it might lead to a fact manipulation: biased doesn't mean fake yet, but it means you will get an event interpretation from a viewpoint of a particular media owner, reporter or editor. It turns out some people read news simply to confirm their own beliefs encouraging media to take sides. It is really hard to look at the facts from various perspectives but that's exactly why we need media literacy.

Ultimate guide to reading news in the era of clickbait

People like the flavor of bullsh*t, the aroma. It's very rare that people will stand for a complete lack of bullsh*t in anything.

Nope, Randi, not all of us like the ‘aroma’, but we just have to accept it: the truth seekers and 'good guys' are not only ones who benefit from the freedom of speech, but there are crowds of cheaters willing to take advantage of it. Nobody's going to protect us for now, except for ourselves, although Mark is trying hard.

We should learn how to create a better environment for us and the whole virtual community - it means taking part of the responsibility for spreading fake news, improving our level of media literacy, and avoiding sharing any suspicious content:

1) Always look for the root source: find and follow the source link within an article - if you discover a tricky linking leading you from one low-value site to another, drill down until you find an original, credible source behind the news (for example, a .gov or .edu domain, a trustworthy media outlet, or a verified social media account). If the material originates from a foreign site, make sure to use an online translator to verify the story. News story that lacks any credible background is most likely fake.

2) Check various news outlets for different coverage of the same events/stories - it’s always better to get information from a variety of trustworthy channels/pages/reporters with different points of view, and different experts involved into commenting or discussion. Here are a few more websites allowing you to fact-check with ease:

3) When it comes to breaking news, natural disaster reports, or sensational events, get back for updates at reasonable chunks of time, do not try to monitor the situation minutely - wait until you can get a more detailed and precise report.

4) Separate facts from opinions: if you hear or see words like ‘believe, think, likely, maybe, probably’, remember that they mean an opinion or assumption. Don’t rely on opinions - rely on facts, and facts have to be supported by credible sources, studies, links and firsthand interviews.

5) Don't rely on a biased information. You can say that almost everything is somehow biased, and that's why you should learn to read between lines, and consider coverage of the same news from several sources. Pay attention to terms and ideas stressed out in a material: if a journalist/narrator is biased, his report or article tends to lead you to a particular point of view with the help of thoroughly selected words, visuals, and quotations. You may check the media bias ratings here.

6) Remember that quantitative data looks more convincing, so it often falls victim to manipulation: sometimes hoaxers fill their pieces of content with proofless, misinterpreted or fake numbers just to throw dust in your eyes, and thus provide ‘rationale’ for their false conclusions.

7) Don't take headlines at their face value, especially if they appeal to strong emotions, i.e. make you feel worried, angry, frustrated, etc. - such headlines might be a clickbait, provoking you to click on them at any cost.

8) Don’t read news to confirm your own beliefs that makes you a perfect target for hoaxers and manipulators of all sorts.

9) Don't share or like anything you haven't read till the very end. Reading the first two paragraphs of an article means not reading it at all. Don’t ‘like’ or share news you don't consider trustworthy although the headline's so catchy. Verify news before spreading it.

10) Use RSS reader for the sites that you already trust: most of trustworthy news outlets provide RSS subscriptions for those users who want to get all news in the right order - without omissions, and fake or promoted content included into the newsfeed, as it often happens in social media today.

11) Pay attention to website’s design and URL: poor UI design may identify cheap fake sites; also, be careful with website addresses ending in something like com.co, or other multi-level or ‘exotic’ domains.

12) Isn’t it a joke after all? Are you sure it’s an evil fake or is it just a piece of political satire? Actually, comedy sites are not to be confused with false news sites, despite their potential to be misunderstood and shared as real life news by some people who may take everything too seriously when it comes to politics :) 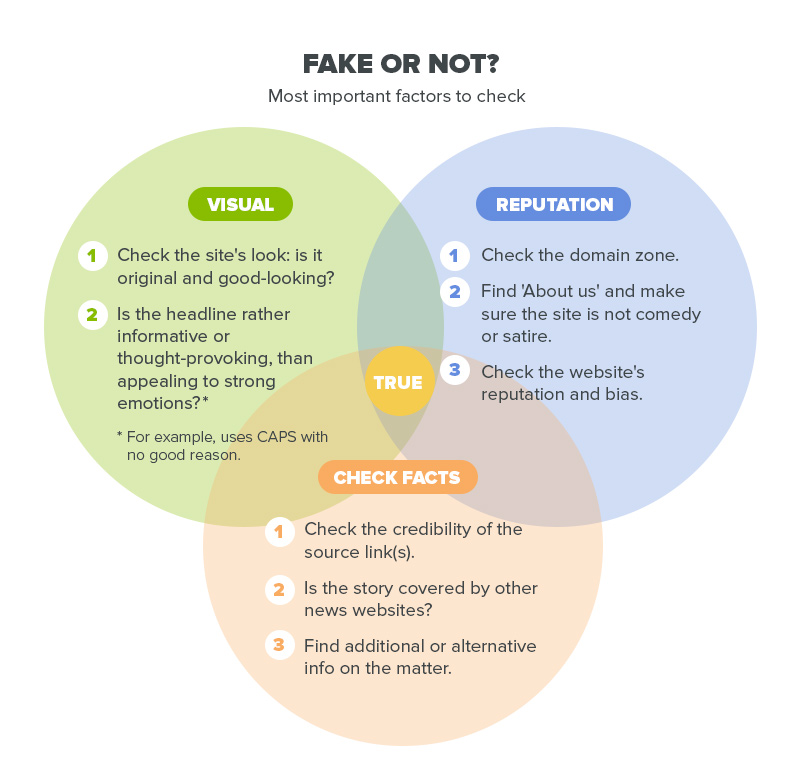